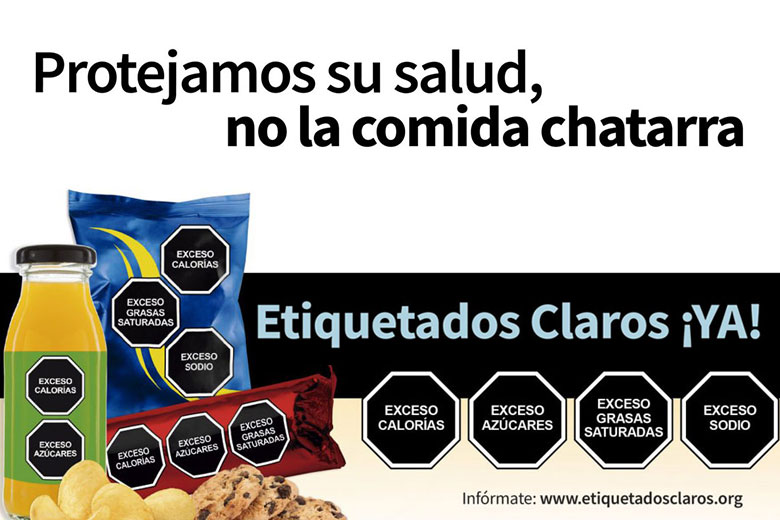 The COVID-19 pandemic has highlighted the impact of the Caribbean’s high burden of diet-related conditions such as diabetes and obesity. People with non-communicable diseases (NCDs) like cardiovascular diseases (hypertension, stroke and heart disease), diabetes and cancer, have a higher risk of severe COVID-19 disease and are more likely to die from COVID-19.

In the Caribbean NCDs are responsible for 8 out every 10 deaths and 40% of premature adult deaths. Unhealthy diets are a major risk factor for NCDs and contribute to high rates of overweight and obesity in this region where 1 in every 3 children is overweight or obese. This number is projected to rise to 50% by 2030. In some countries, in excess of two-thirds of adults are overweight or obese. Half of CARICOM countries import more than 80% of what they consume and almost one-third of this imported food is energy dense and high in fat, sugar and sodium.

The Caribbean region is currently engaged in an extensive consultative process aimed at ensuring that consumers have the information they need to make healthy food choices through the adoption of ‘high in’ front of package nutrition warning labels (FOPL) as a key evidence-based, World Health Organization (WHO)-recommended, public health policy measure. This process is being led by the CARICOM Regional Organisation for Standards and Quality or CROSQ, the intended outcome of which is to approve the revised CARICOM REGIONAL STANDARD: Labelling of Foods – Pre-Packaged Foods – Specification CRS 5. Mandatory front of package labels were among a number of NCD priorities endorsed at the 39th Summit, CARICOM Heads of Government and State in 2018 in preparation for the 3rd UN High Level Meeting on NCDs.

Two new studies one from Chile entitled “Changes in the amount of nutrient of packaged foods and beverages after the initial implementation of the Chilean Law of Food Labelling and Advertising: a nonexperimental prospective study“ and the other from Mexico entitled, Predicting obesity reduction after implementing warning labels in Mexico: A modeling study , published in the research journal PLOS Medicine on July 28, 2020, have pointed to the importance of effective warning labels and strong policy actions to create healthier food environments that can contribute to lowering obesity rates and subsequently, diet-related diseases.

In the first study researchers from the University of Chile, University of North Carolina and University of Auckland provide sound proof that the landmark 2016 Chilean Food Labelling and Advertising Law has helped create a healthier food environment for Chileans.

This study is the first to assess the changes in energy and nutrients of concern of packaged food and beverages within the first year of the law’s implementation. It found that the proportion of unhealthy food and drinks on the market (that is, those with high levels of sugar, sodium and saturated fat) decreased after the law was implemented. The proportion of products qualifying as “high in” energy, sodium, sugar, or saturated fat decreased from 51 percent to 44 percent. More importantly, the quantities of sugar and sodium found in food products post-implementation were below the thresholds specified in the law, meaning that manufacturers used the law as a point of reference to ensure that their products would not receive a “high in” warning label.

In the second study, the first to project the potential impact of warning labels on national obesity prevalence and economic costs, researchers from Mexico’s National Institute of Public Health estimate that Mexico’s warning labels on food and drink packages will reduce caloric intake, subsequently leading to a reduction in the national obesity rate and direct and indirect cost savings. The study projects that the policy of the mandatory use of warning labels on food and beverages exceeding established thresholds of added sugars, fats or sodium, which goes into effect in October 2020, could lead to a significant reduction in calorie intake of approximately 37 calories daily per person for snack and beverage intake.

The study analyzed the five-year impact on obesity prevalence and health care costs. It

estimated a 14.7 percent reduction in obesity prevalence in the country, or 1.3 million cases, in the next five years. Mexico could also save an estimated US$1.1. billion in direct health care costs and US$ 742 million in indirect costs, lessening the impact of the costs associated with inability to work, caregiver expenses and premature death.

“While it has been long understood that warning labels influence consumers’ purchasing decisions, this study has significant implications for the public’s health,”

said Dr. Ana Basto-Abreu, first author of the study and researcher at the National Institute of Public Health. “For the first time, we are able to forecast how front of package warning labels can contribute to lowering obesity rates and health care costs within years of implementation.”

The Healthy Caribbean Coalition notes that these findings are important for Mexico and Chile, but also for other countries in the Latin America and the Caribbean that are following the same disease patterns, associated with poor diets.  These studies provide us further evidence that policies like front of package warning labels are a smart investment in our public’s health.

Earlier this week, in an unprecedented move, the UN Special Rapporteur on the right to health, Dr. Dainius Püras, released a comprehensive statement

In September 2019, the HCC’s issued a Civil Society Call to Urgent Action for the Caribbean Region to Accelerate Nutrition Policies for the Creation of Healthy Environments for Caribbean Children highlighting the need for governments to accelerate implementation of three priority policies, one of which was mandatory front-of-package nutrition warning labelling.  Front of package warning labels are a critical enabling policy which paves the way for a package of nutrition policies which together create environments that support healthy dietary habits throughout the life course. For example, front-of-package warning labels allow governments to readily regulate the foods and beverages sold and marketed in school settings and apply fiscal policies which make healthy options, affordable options. There is increasing momentum on the global stage towards tackling food environments. The UK recently announced a new obesity strategy and hinted at plans to revisit the current traffic light system in favor of warning labels.

NCDs represent one of the greatest challenges of our time and yet, despite leading the global NCD response over a decade ago, the Caribbean has fallen short. As rates of chronic disease rise exponentially, fueled largely by unhealthy diets and unconscionable rates of overweight and obesity, the adoption of evidence-based policies such as FOPL, has been painstakingly slow. The evidence on front-of-package warning labelling is clear – it works. The time to implement this policy in the Caribbean is now. The people of the region have a right to know what is in their food and governments of the region have an obligation to protect the health of their citizens which is primary as governments balance the delicate public health. 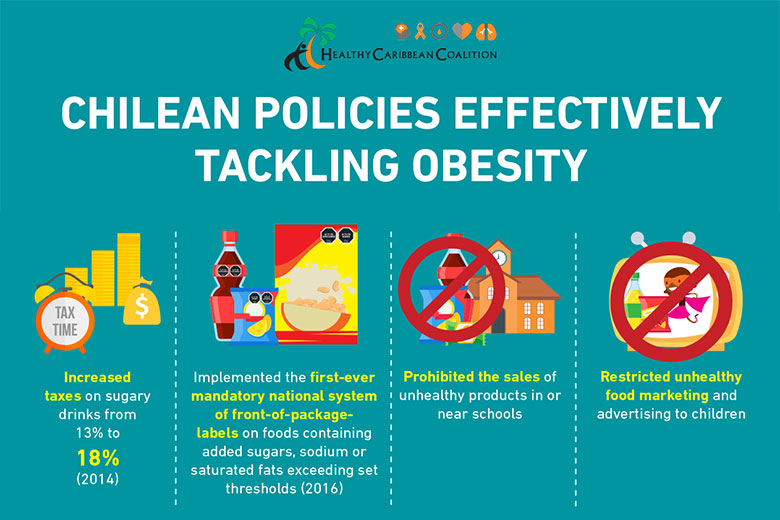 Transforming the Way We Eat: The Relationship Between...