UN High Level Meeting on the Prevention & Control of NCD’s 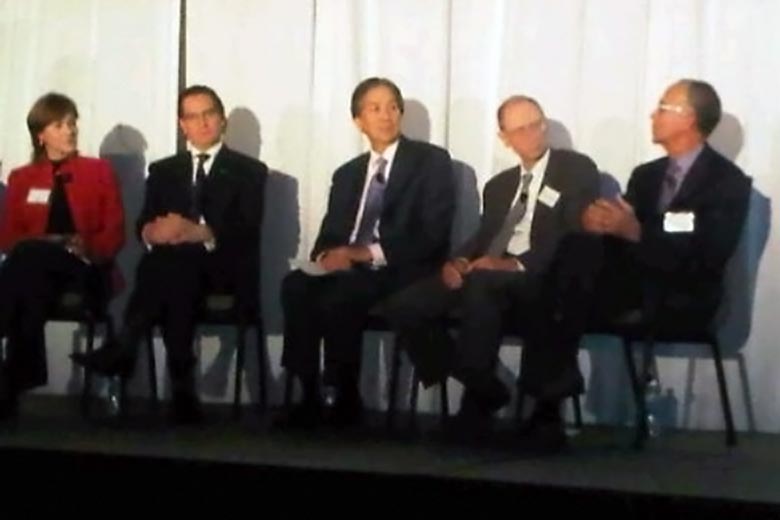 Professor Trevor Hassell speaks about the HCC at the PAHO/WEF Interactive Panel “The beginning of the End of NCD’s in the Americas”, NYC – United Nations High Level Meeting.

Billed as an NCD summit to shape the international agenda, the UN High Level Meeting on the Prevention & Control of NCD’s took place 19-20 September 2011 in New York, USA.

Noncommunicable diseases – or NCDs – like heart attacks and strokes, cancers, diabetes and chronic respiratory disease account for over 63% of deaths in the world today. Every year, NCDs kill 9 million people under 60. The socio-economic impact is staggering. Global leaders will meet at the United Nations in New York from 19-20 September 2011 to set a new international agenda on NCDs.

This was only the second time in the history of the UN that the General Assembly meets on a health issue (the last issue was AIDS). The aim is for countries to adopt a concise, action-oriented outcome document that will shape the global agendas for generations to come.

The Healthy Caribbean Coalition ‘Roadmap to the UN High Level Meeting 2011’ can be seen here.

The UN declaration from the summit ‘Political declaration of the High-level Meeting of the General Assembly on the Prevention and Control of Non-communicable Diseases‘ can be found here.

More information on the summit can be found on the links below.

Mobile phones and social media in the response to NCDs