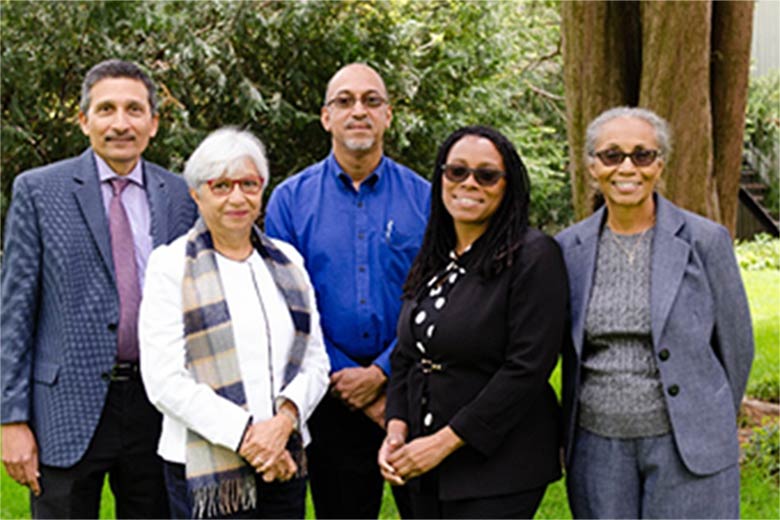 The Eastern Caribbean Health Outcomes Research Network (ECHORN) is a collaborative research study that examines the lifestyles, eating habits, and health behaviors associated with cancer, diabetes and heart disease in adult men and women living in the Eastern Caribbean. It is a collaboration between the Yale School of Medicine, University of the West Indies (Cave Hill and St. Augustine campuses), University of the Virgin Islands and the University of Puerto Rico. ECHORN was funded by the National Institute on Minority Health and Health Disparities (NIMHD) in 2011. It is an infrastructure to support research, policy and capacity strengthening, in partnership with a range of stakeholders, to improve the health of people of Eastern Caribbean descent.

The ECHORN Cohort study (ECS) recruits and follows a community-dwelling adult cohort to identify novel risk and protective factors for cancer, diabetes and cardiovascular disease. ECS has now empaneled almost 3000 participants from four island sites: Puerto Rico, the US Virgin Islands, Trinidad & Tobago and Barbados. Preliminary data analysis confirms the overwhelming burden of non-communicable diseases in the region. ECS will launch Wave 2 follow up in the late summer of 2017.

ECHORN has built a strong research collaboration in the region that includes the 5 academic institutions listed above, as well as community advisory boards and policy delegations from each island site. These delegations came together at a Global Health Leadership Institute Forum for Change in 2015 that identified diabetes and hypertension as ECHORN’s priority areas of focus.

ECHORN’s latest project is the Yale Transdisciplinary Collaborative Center for Health Disparities focused on Precision Medicine (Yale-TCC) funded by the National Institute on Minority Health and Health Disparities (NIMHD). The Yale-TCC leverages the infrastructure and knowledge of ECHORN to: support research efforts using precision medicine to promote the early detection and prevention of diabetes and hypertension; expand ECHORN’s consortium of stakeholders and promote a multi-directional learning environment; promote diffusion, uptake, and scale up of evidence-based and cost-effective interventions to reduce the burden of diabetes and hypertension 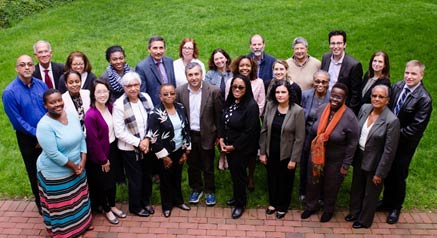 On May 8-9th, 2017, The Yale-TCC, in collaboration with ECHORN, welcomed the principal investigators, project managers, ECHORN and Yale-TCC core team members to a two-day summit in New Haven, CT. We were fortunate to have this group include the Yale-TCC Consortium Governing Board Co-Chairs: HCC President, Professor Sir Trevor Hassell and President Emiratus of the University of the Virgin Islands, Dr. LaVerne Ragster. The focus of the Summit was on “Understanding ECHORN’s New Project: the Yale-TCC.” This provided an opportunity for old and new members of ECHORN to understand how ECHORN is expanding through Yale-TCC activities. 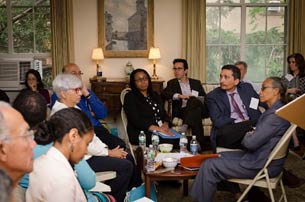 This expansion can be framed in the following five ECHORN initiatives:

In the last two editions of the HCC RoundUp, we described The Eastern Caribbean Health Outcomes Research Network (ECHORN) and its latest project: the Yale Transdisciplinary Collaborative Center for Health Disparities focused on Precision Medicine (Yale-TCC). This is a research collaboration between the Yale School of Medicine, University of the West Indies, University of the Virgin Islands, University of Puerto Rico and regional stakeholders focused on reducing the burden of non-communicable diseases among Caribbean-descent populations.

There are several new and exciting research initiatives being launched by ECHORN this year. First, the ECHORN Cohort Study (ECS) will launch its Wave 2 follow up in the late summer of 2017. Through Wave 2 of the ECS, ECHORN will support two exciting precision medicine research projects.

These research initiatives are being informed by (and in the case of LIME, implemented by) influential stakeholders in the region who form the ECHORN/Yale-TCC Consortium of Stakeholders. The advice and guidance of this group of organizations and individuals is integral to the success of ECHORN and the Yale-TCC.

The Consortium of Stakeholders 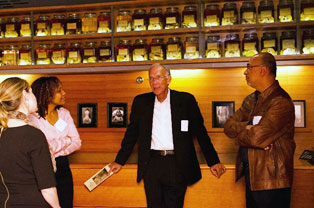 Integral to the success of ECHORN and the Yale-TCC is the consortium of stakeholders. These are a variety of influential organizations and individuals who span the spectrum of academia, public policy, public health, and community leadership. The expertise, experience and network of these individuals is vital to informing the research agenda of ECHORN and the Yale-TCC. We currently have 55 individuals in our Consortium representing 35 organizations throughout the Eastern Caribbean, New York and New Jersey. Our consortium is dividided into four task specific work groups that work closely with different components of ECHORN/Yale-TCC. 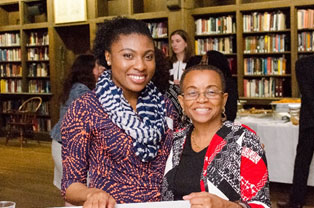 These work groups are: consortium well-being, implementation, data sharing, collaborative learning. Each work group has a chair and a fellow and we are delighted to have an amazing consortium leadership team. The current work group chairs are: Dr. Jose Capriles(PR), Dr. Ian Hambleton (Barbados), Dr. Akenath Misir (Trinidad & Tobago) and Sharon Williams (USVI). Our current fellows are: Michelle Nunley, Rebekah Williams, Christina Williams, Julienne Sanchez and Lyna Fredericks.  Consortium activities are overseen by the Governing Board which is co-chaired by HCC’s Prof Sir Trevor Hassell and Dr. LaVerne Ragster (Prof Emiratus and Immediate Past President of the Univ of Virgin Islands) and is comprised of all the work group chairs, and  three adhoc members. The groups meet at least twice a year to discuss their  work group tasks and projects.

Our consortium members remain engaged in ECHORN because they are able to: contribute to the research agenda, network with organizations with similar interests, partake in bi-directional learning opportunities, and take advantage of opportunities to participate in a pilot project and demonstration project program. We have been honored by the enthusiasm, dedication and contributions of so many of our stakeholder members (if you are interested in joining our consortium please contact yaletcc@yale.edu).

The Healthy Caribbean Coalition is among those stakeholders whose contributions to ECHORN have been invaluable. We are grateful for the opportunity to share with the wider HCC community the interesting projects and activities of ECHORN. Indeed, it is through joint efforts and collaborations that we will be able to reduce the burden of non-communicable diseases (NCDs) in the region. ECHORN and the Yale-TCC look forward to engaging you in the future with research project and network updates that add to the understanding of NCDs in the region, and importantly, approaches for their early detection and prevention.

Dr. Margaret Chan Gives Her Final Speech at the WHA