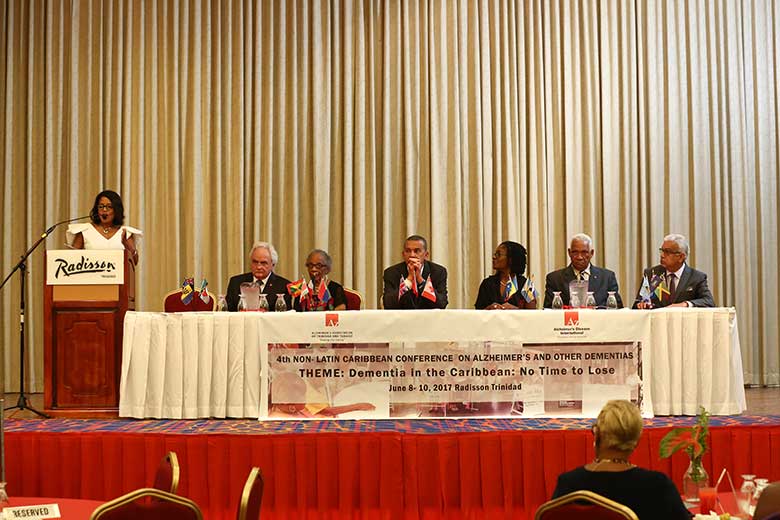 The 3-day conference took place June 8th to 10th at the Radisson Hotel, Trinidad. The theme of the conference was “Dementia in the Caribbean: No Time to Lose”

​By 2050, it is believed that some one million people in the Caribbean Region will be affected by Alzheimer’s Disease and other dementias; Yet, there is limited information, advice, research, policy, advocacy, and support available for those who are affected, and their careers.

Alzheimer’s Associations within the Caribbean, along with health and social care professionals, researchers and politicians came together to show greater concern for those afflicted and affected by dementia.

The opening ceremony was attended by His Excellency, Anthony Thomas Aquinas Carmona ORTT, SC, President of the Republic of Trinidad and Tobago and the Honourable, Terrence Deyalsingh, Minister of Health.

The President reflected on the startling data that by the year 2050 approximately one million people in the Caribbean region will be affected by Alzheimer’s disease and other Dementias.

a crisis awaits us

Read the full Conference press release here, video of  the Conference opening ceremony can be viewed here and a photo gallery here.