World Health Day 2016: WHO calls for global action to halt rise in and improve care for people with diabetes

6 APRIL, 2016 | GENEVA – The number of people living with diabetes has almost quadrupled since 1980 to 422 million adults, with most living in developing countries. Factors driving this dramatic rise include overweight and obesity, WHO announced ahead of World Health Day. read more 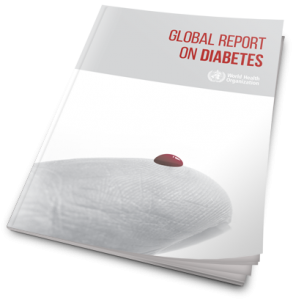 WHO Global Report on Diabetes

On the occasion of World Health Day 2016, WHO issues a call for action on diabetes, drawing attention to the need to step up prevention and treatment of the disease. The first WHO Global tramadol hcl report on diabetes demonstrates that the number of adults living with diabetes has almost quadrupled since 1980 to 422 million adults. Factors driving this dramatic rise include overweight and obesity. In 2012 alone diabetes caused 1.5 million deaths. Its complications can lead to heart attack, stroke, blindness, kidney failure and lower limb amputation. Read more 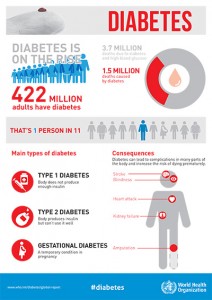 About 422 million people worldwide have diabetes, a number likely to more than double in the next 20 years. 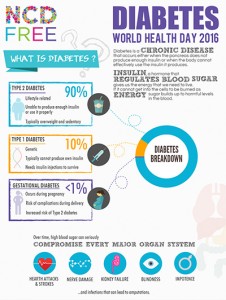 World Health Day Across the Caribbean