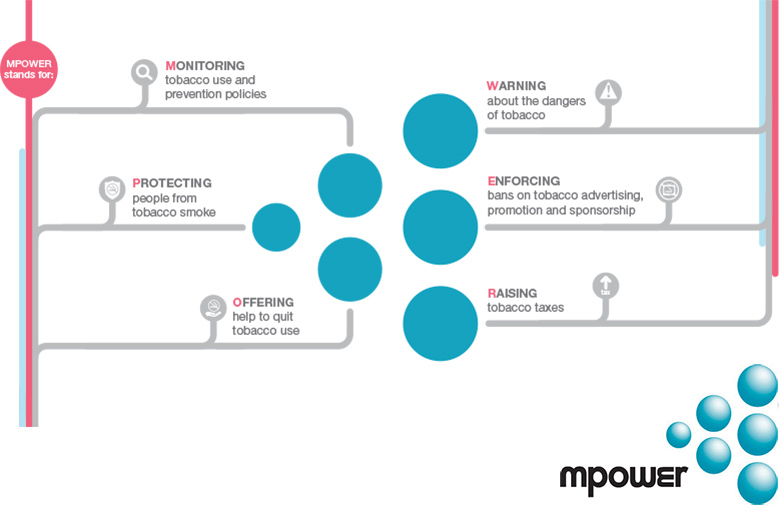 The exposure of Caribbean people to tobacco smoke either directly or indirectly represents an ongoing source of public health concern as tobacco use is a leading risk factor for the NCDs which account for significant ill-health and death in the Region. All CARICOM countries save Haiti have ratified the FCTC, the WHO’s first international  public health treaty, but very few have implemented the provisions of the treaty.

There is need for action to be taken by CARICOM countries to address this major public health issue of tobacco use and exposure to tobacco smoke. One of the internationally recognised tools endorsed by the HCC for addressing the issue of tobacco control is MPOWER [shown above], a tool produced by the WHO which details a comprehensive approach to tobacco control even as demand reduction legislation is enacted  in CARICOM countries in keeping with the provisions of the FCTC.

HCC will be scaling up it’s efforts in this area through the American Cancer Society’s global Prevent20 campaign aimed at engaging cancer societies around tobacco taxation. 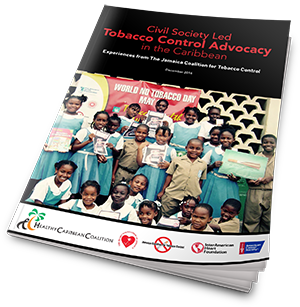 This report documents best practices of the Jamaica Coalition for Tobacco Control (JCTC) and other Caribbean CSOs in the implementation of tobacco control measures within the region. The report explores examples of effective advocacy strategies that have withstood the constant pressure of the tobacco industry and have created stepping stones for action in countries where there is a lack of political will. Successes recorded here are in countries where governments displayed strong political will for tobacco control and which collaborated with key stakeholders, including CSOs, to achieve FCTC objectives. Read the report here.