Sodium Adds Up a Comparison of Sample Meal Plans in Barbados 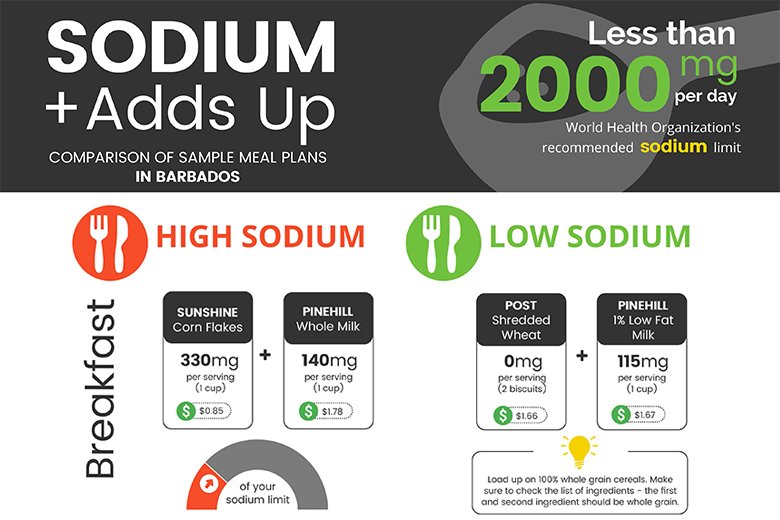 Sodium Adds Up – A Comparison of Sample Meal Plans in Barbados. With World Salt Awareness week upon us we carried out our own survey on salt content in sample meal plans in Barbados. Comparing high sodium content and offering low content alternatives.

Click here to see the full size version of our infographic.

Salt and Sodium: Defined
The words “salt” and “sodium” are often used interchangeably, but they do not mean the same thing. Salt (also known by its chemical name, sodium chloride) is a crystal-like compound that is abundant in nature and is used to flavor and preserve food. Sodium is a mineral, and one of the chemical elements found in salt. Table salt is approximately 40 percent sodium.