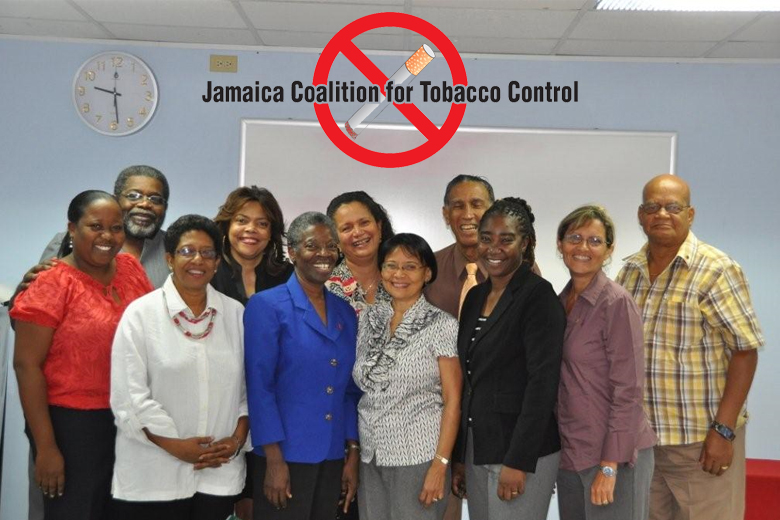 The Board of the Jamaica Coalition of Tobacco Control

The JCTC applauds the action by the FDA to monitor e-cigarettes, cigars, hookah tobacco and pipe tobacco, including barring the sales of the products to teens under 18 years old. This is an important step in regulating all products containing tobacco and/or nicotine. The FDA will be able to review and evaluate the safety of current products such as e-cigarettes and hookahs as well as new tobacco products not yet on the market and help prevent misleading claims by tobacco product manufacturers. The added benefit is that the FDA can communicate the potential risks of tobacco and or nicotine products.

The Caribbean has seen an increase in e-cigarette and hookah use, especially among the youth. and some countries have moved ahead with regulations regarding e-cigarette use and sale. By virtue of the fact that tobacco smoke is released by the hookahs, the use of these water pipes is banned in public places in countries that have smoke-free laws. In 2013, as part of their tobacco control legislation, the Suriname Government banned the importation and sale of e-cigarettes under order tramadol online saturday Article 13 of their lawn which states. “It is prohibited for everyone to import, distribute, sell or let sell electronic cigarettes”

When the Public Health (Tobacco Control) Regulations Jamaica 2013 were being drafted, the issue of e-cigarettes was noted. The First Schedule referred to the banning of smoking in public places and carried specific reference to electronic cigarettes. The definition of smoke included the smoke from electronic cigarettes:“ ‘smoke’ means inhaling or exhaling the emissions of tobacco and, includes so handling an ignited or heated tobacco product that it produces smoke or other emissions by any means, including by electronic means”.

The JCTC urges member states to develop and implement tobacco control legislation aligned with the FCTC articles, and to include the newer types of tobacco and nicotine delivery devices in the laws.