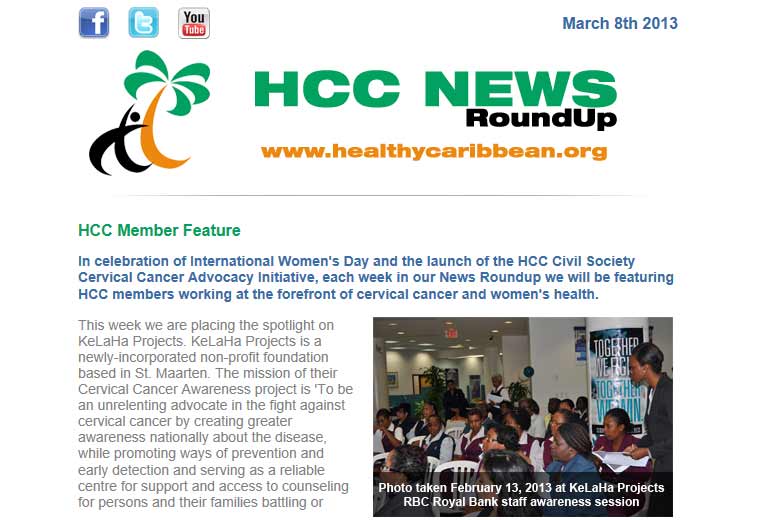 First Edition of the HCC Weekly Roundup was produced on March the 8th 2013, prior to this we did send out emails containing links to interesting NCD related articles on the internet to our members and supporters, but this was our first actual edited and formatted email newsletter.

In celebration of International Women’s Day and the launch of the HCC Civil Society Cervical Cancer Advocacy Initiative, each week in our News Roundup we will be featuring HCC members working at the forefront of cervical cancer and women’s health. This week we are placing the spotlight on KeLaHa Projects

Our current Weekly News Roundup can be found here.