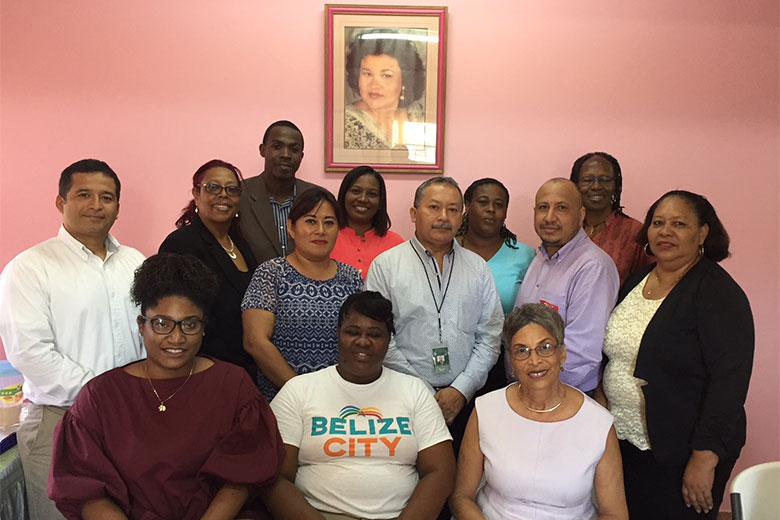 Dr. Jorge Polanco, PAHO/WHO Noncommunicable Diseases (NCDs) Focal Point and INCAP Country Coordinator in Belize, made a presentation on “Political Mandates for the Prevention of Overweight and Obesity”. He highlighted Belize’s unique position as a member of political integration mechanisms in both the Caribbean (the Caribbean Community, CARICOM) and Central America (the Central American Integration System, SICA). Dr. Polanco noted several international childhood obesity prevention frameworks, including the PAHO Plan of Action for Prevention of Obesity in Children and Adolescents and the Council of Health Ministers of SICA (COMISCA) Strategy for the Prevention of Overweight and Obesity in Children and Adolescents of Central America and the Dominican Republic 2014-2025. 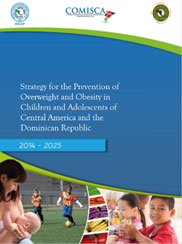 He also noted supporting initiatives from the Ministers of Trade in both CARICOM and SICA, and the legislative framework for healthy school nutrition developed in 2012 by the Forum of Presiding Officers of National Parliaments in Central America and the Caribbean Basin (FOPREL) and approved by COMISCA in 2014.

These and other international COP frameworks, including the HCC’s Civil Society Action Plan 2017-2021: Preventing Childhood Obesity in the Caribbean, complement those at national level. The latter include the Belize National Plan of Action for the Prevention and Control of Noncommunicable Diseases 2013-2023 and the National Results Framework for Children and Adolescents 2017-2030, produced, respectively, by the MoH and the National Committee for Families and Children.

The Logical Framework Approach to project design formed the basis for most of the workshop presentations, discussions, and group work. Though a few participants had to temporarily disengage from the workshop from time to time in order to attend to pressing commitments elsewhere, all attendees remained actively engaged. The draft BCS Action Plan outlined by the end of the workshop addresses the development and implementation of advocacy strategies for national policy and legislation to reduce the consumption of sugar-sweetened and other unhealthy beverages in schools. The importance of including disadvantaged and vulnerable children in the planned interventions was emphasized.

Media representatives interviewed the BCS President and the HCC-CDB consultant, providing an opportunity to highlight the importance being given to childhood obesity at political levels, promote the value of the project, and summarize the origins and objectives of the workshop.

Participants’ evaluation of the workshop indicated that they were “very satisfied” or “satisfied” with most aspects, including the relevance and content of the presentations, the methodology of the work sessions, and the opportunity to network. They also noted the applicability of the principles and concepts discussed to their work. However, as with the other capacity building workshops, there were indications that more time would have been useful for further discussion and appreciation of some of the concepts.

The HCC will continue to work with its member organizations, governments, and partners to address this and other critical issues related to NCD prevention and control.

More images from the workshop. 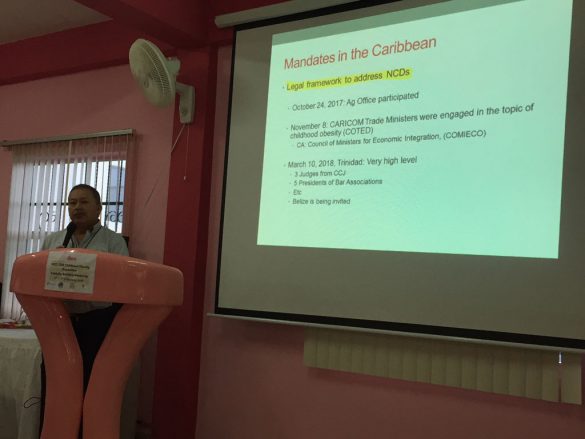 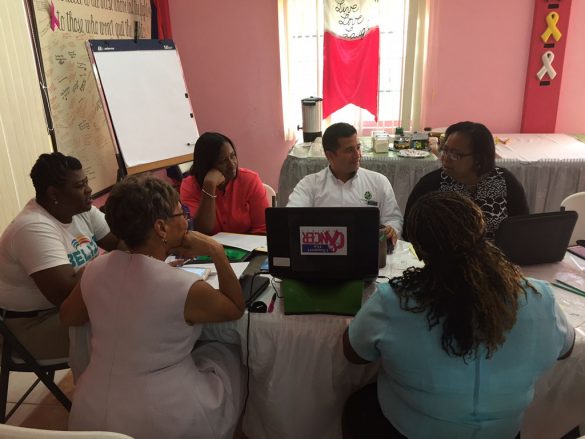 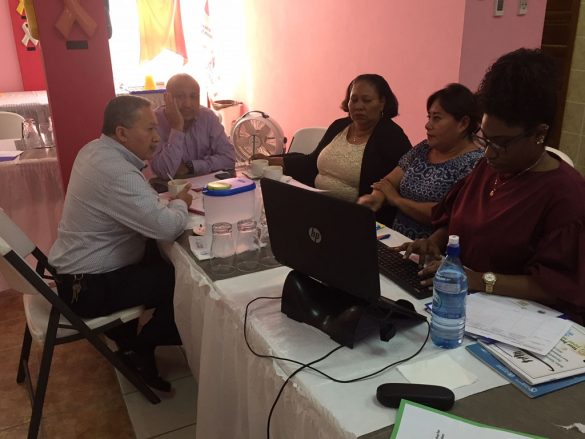 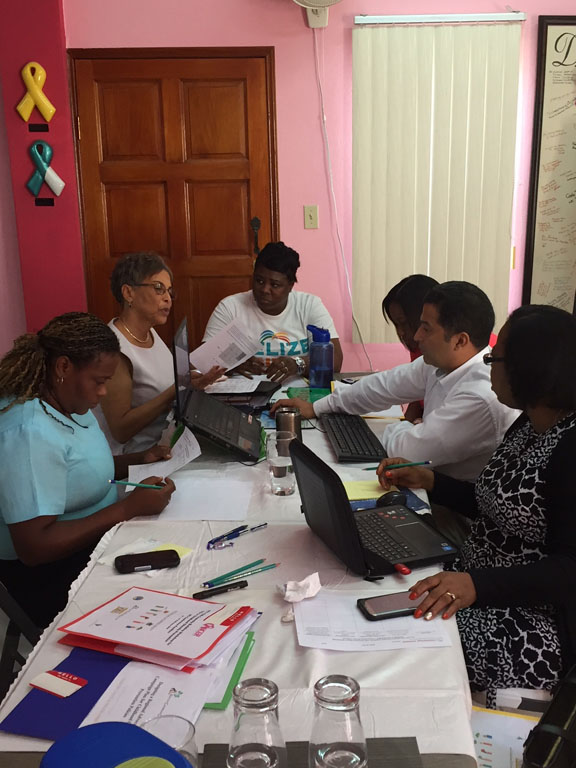 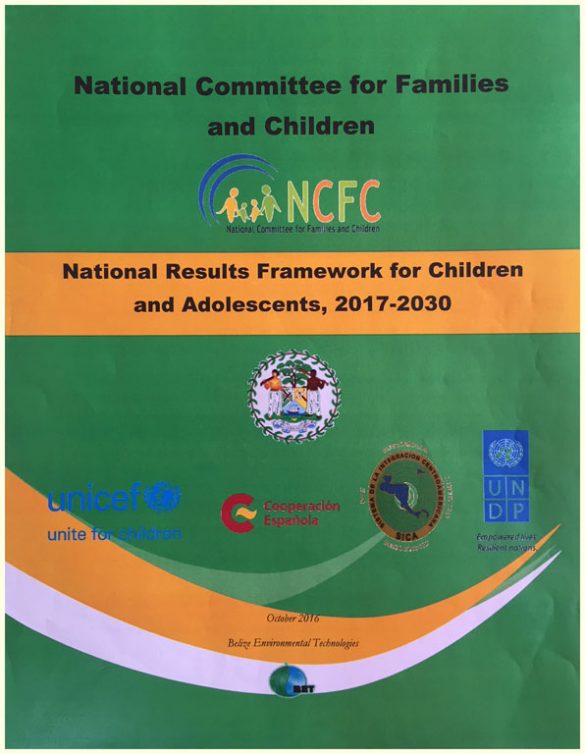 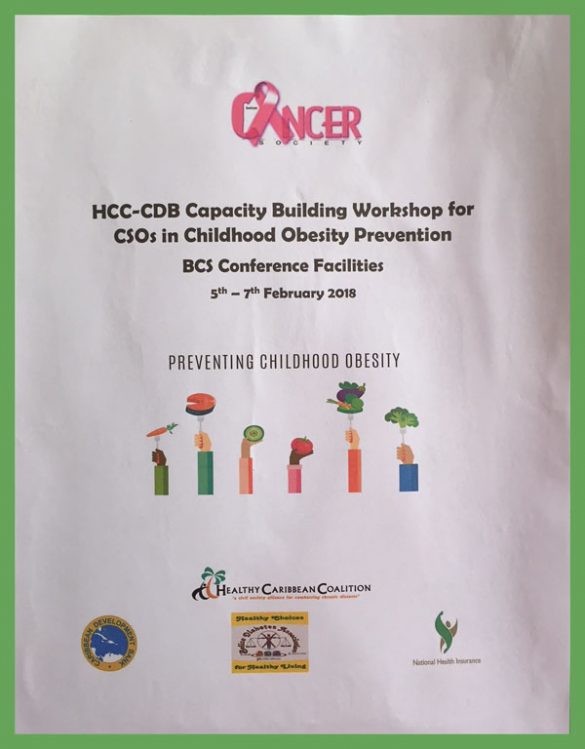 Centre for CardioMetabolic Disease and Cancer Research in the Caribbean Launched