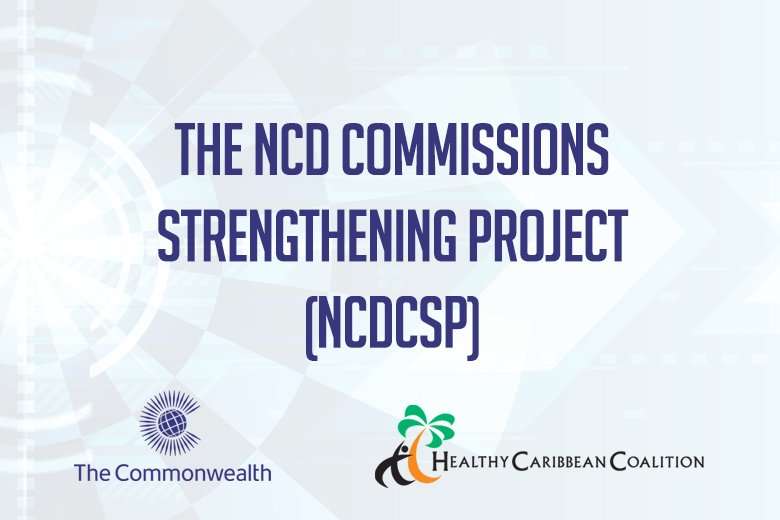 Thus policies and framework for the prevention of Non Communicable Diseases (NCDs) is one of two major areas of focus in the next three years. National NCD Commissions (NNCDCs) have been identified as the national health structures around which NCD health policies in the Caribbean will be implemented. The Commonwealth Secretariat through this funding, seeks to strengthen these National Health Frameworks with a view to making them more affective and “fit for purpose”.

In the Caribbean following the 2007 Heads of Government of CARICOM Summit, regional governments established National NCD Commissions (NNCDCs) as vehicles for multi-sectorality in the national response to NCDs, including health and non-health government ministries and agencies, civil society and the private sector. The NNCDCs were established with specific TOR aimed at providing guidance at the highest levels of government for NCD policy and programming in addition to driving, supporting and coordinating national NCD actions. The 2014 HCC rapid assessment of NNCDCs in CARICOM (a component of the Civil Society Regional Status Report: Responses to NCDs in the Caribbean Community), found that NNCDCs have achieved varying levels of success and have the potential to play significant roles in the NCD response at country level. Against the background of growing global focus on NCDs there has been increasing attention paid to the value of these bodies in achieving truly multisectoral, health-in-all policies responses to the NCD epidemic. In fact, the outcome document of the 2014 UN NCD Review specifically recommended ‘the establishment of a national multisectoral mechanism such as a high-level commission agency or task force for engagement, policy coherence and mutual accountability’. At the core of the HCC, is a commitment to engaging all sectors of society around NCDs and identifying and documenting the most effective mechanisms, such as the NNCDC model, for achieving this objective.

Friday June 5th, 2015 at the Courtyard by Marriott Bridgetown in Barbados, key stakeholders came together to discuss strengthening of the multisectoral approach to NCDs through CARICOM’s National NCD Commissions (NNCDC). Read more

Part I: A Civil Society Report on National NCD Commissions in the Caribbean: Towards a More Effective Multisectoral Response to NCDs.

This report provides a detailed assessment and analysis of the status of CARICOM National NCD Commissions and makes recommendations for their future structure and roles as key instruments of national coordinated multisectoral action, based on varying country contexts and realities. Read more

This report provides a detailed assessment of the status of National NCD Commissions in CARICOM Member States (MS) and provides practical guidance for the establishment and strengthening of NNCDCs (or their equivalents) based on the experiences of past and existing Commissions in the region, as presented in Part I.  Read more