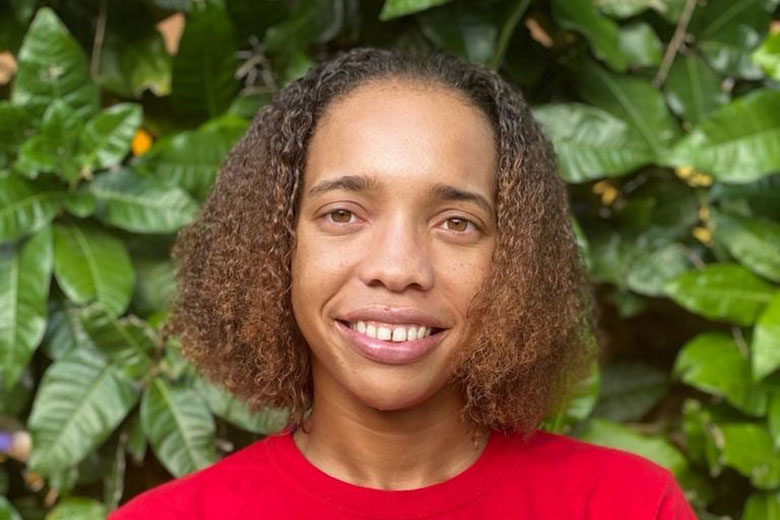 Gains Achieved in the Caribbean Since Independence Can Be Wiped Out by NCDs – By Kerrie Barker, HCC Project Assistant and Healthy Caribbean Youth member.

If left to chance, all the gains achieved in the Caribbean during the march from poverty to relative affluence since Independence can be wiped out by NCDs.

This comment was made by the late Hon. David Thompson, Prime Minister of Barbados at the Opening of the Healthy Caribbean 2008 Chronic Disease Conference.

Independent since 1966, Barbados has seen a variety of social, economic and health improvements in the past 54 years. Dubbed the unhealthiest place in the British Empire at the beginning of the 20th century, by the end, Barbados was considered one of the healthiest developing nations. Malaria, enteric diseases and malnutrition, once rampant, were practically non-existent in children born in the second half of the century and infant mortality decreased from 400 to 10 per 1000 live births. Such improvements were attributed to increases in education, public health and primary-care services. However, modern, sedentary lifestyles have resulted in epidemics of obesity, diabetes and hypertension among others. NCDs now account for much of morbidity and mortality, with cardiovascular disease (CVD) being the main cause of death.

Since Independence the local population has been steadily rising and in the same period and there has been a steady increase in life expectancy. However, alongside this, the fertility rate has significantly decreased which has been attributed to economic development, family planning programmes and greater opportunities for women. The consequence of this has been an overall increase in the old-age dependency ratio. As NCDs are generally associated with older age groups and typically require long-term care, they can create great burden on the healthcare system, which is especially of concern in Barbados where healthcare is publicly funded. However, it should be noted, NCDs are not limited to the elderly and a large proportion of the population is at risk: 14% are likely to die between ages 30-70 from the 4 main types of NCDs (cardiovascular disease, chronic respiratory disease, diabetes and cancer.

The increasing prevalence of chronic NCDs indicates a nutrition transition. Indeed, a 2010 study found that calorie intake per person per day increased by 2500kJ/600kcal from 1961-2003, with an increase in fats and sugars. An older survey, The Barbados Food Consumption and Anthropometric Survey 2000, found that while overall energy intake was high, many people still had inadequate micronutrient intakes due to diets high in alcohol, fats and sugars but low in fruits and vegetables. Almost one-third of survey respondents were consuming a high-fat diet that exceeded WHO recommendations. Such diets were greater in the younger population showing a transition towards high-fat diets. Younger adults also had the highest consumption of sugar-sweetened beverages (SSBs), which have been found to have sugar-contents ranging from 30-53g, well over WHO’s maximum recommended daily intake of 25g.

Concurrently, physical activity rates have been falling with an increase in machinery, which makes labour and transportation easier but less physically demanding. In a country-wide survey nearly half of the population reported physical activity levels below WHO’s minimum recommendations.

The culmination of increasing poor diet and decreasing physical activity has been a rise in overweight and obesity where about 2 in 3 adults are overweight, and 1 in 3 are obese. 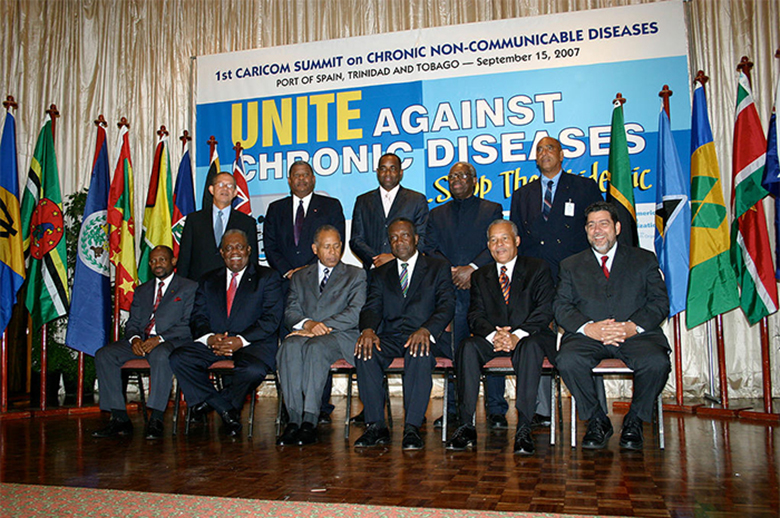 Declaration of Port-Of-Spain: Uniting to Stop the Epidemic Of Chronic NCDs, Heads of State and Government, 2007

While there have been various actions made to address these risk factors such as SSB taxation, further progress is needed. In 2007, CARICOM heads-of-government, including then Prime Minister of Barbados, the late Right Honourable Owen Seymour Arthur, signed the Port-of-Spain Declaration, uniting to stop the NCD epidemic. The aim of this landmark summit was to address NCD risk factors and strengthen medical care in the region through multi-sectoral partnerships at all levels. Assessing progress in 2014, Barbados was doing well but failed in areas such as having a trans-fat-free food supply, using trade agreements to meet national food security and health goals, and having physical activity and healthy eating programmes in over 50% of public and private institutions.

Ultimately, tackling the epidemic needs to involve primary prevention at both the individual and population levels, with measures such as supportive legislation, commodity taxation and health promotion to reduce prevalence of NCD risk factors. There is also need for enhanced secondary prevention by improving screening and making essential NCD medications more available to high-risk people. Additionally, the built and general environments need to be modified making food purchasing and physical activity easier. With these interventions, hopefully Barbados can reverse the NCD epidemic in the near future.

Gains Achieved in the Caribbean Since Independence Can Be Wiped Out by NCDs – By Kerrie Barker, HCC Project Assistant and Healthy Caribbean Youth member.