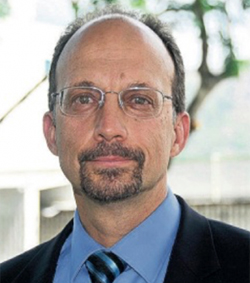 Dr. C. James Hospedales, former Executive Director, Caribbean Public Health Agency. Chair, The Defeat-NCD Partnership Executive Committee, a public-private-people partnership, which aims to address noncommunicable diseases (NCDs) in low-resource countries. Co-Chair, Expert Panel on Climate Change and Health in the Caribbean. Adjunct Clinical Professor Tulane University School of Public Health. Dr Hospedales served as the inaugural Executive Director of CARPHA in 2013-2019 and led the Agency to become a recognised player in the global public health field, raising attention to Climate Change as the #1 threat facing the region and the other side of the same coin as NCDs in Small Island and low-lying developing states (SIDS).

He was previously the Coordinator of Chronic Disease Prevention and Control at the Pan American Health Organization. From 1998 to 2006, he was the Director of the Caribbean Epidemiology Centre (CAREC). Dr. Hospedales was a member of the Caribbean Commission on Health and Development, which made policy recommendations to the heads of government and named chronic diseases as a super-priority for the region. An honours graduate in Medicine from University West Indies, MSc from London School of Hygiene and Tropical Medicine, graduate of the US CDC Epidemic Intelligence Service, Fellow of the UK Faculty of Public Health, and an accredited partnership broker, with over 100 publications and reports.

Married to Shelley, a Veterinarian, with 3 children and one grandson. Keen on the outdoors and environment. Keen on active living, walking, running and biking; even tried some triathlons!